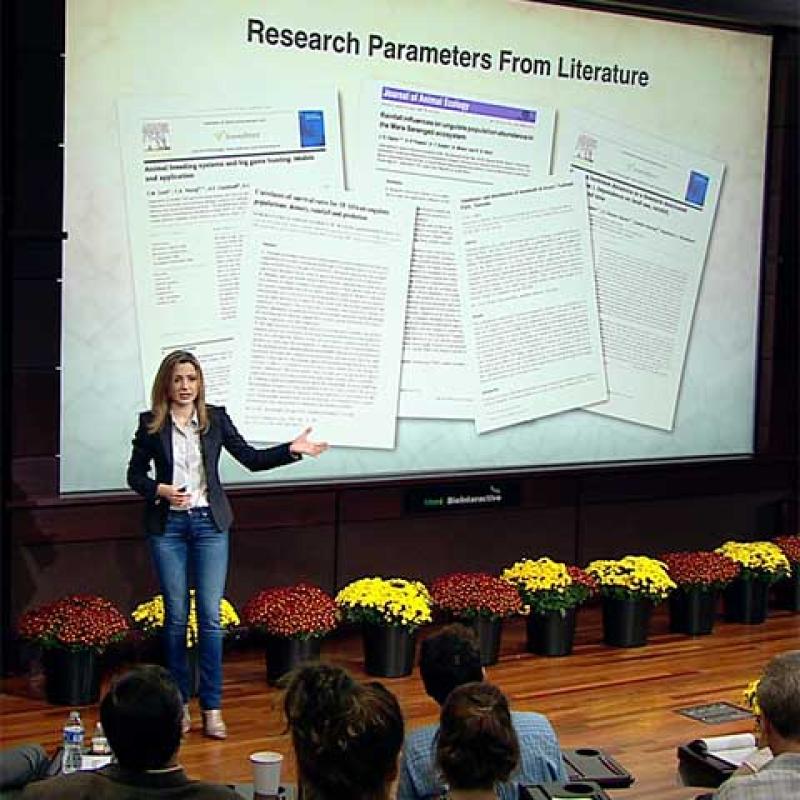 In this talk, mathematical biologist Corina Tarnita discusses how to model the growth of animal populations using examples from Gorongosa National Park in Mozambique.

During the Mozambican civil war, large animal populations in Gorongosa National Park were decimated to provide resources for soldiers and displaced civilians. Following the war, some animal populations seemed to be recovering faster than others. Tarnita and her team used mathematical population models to assess the recovery of different species in Gorongosa. By comparing their model projections to actual population data, the scientists found that even a relatively simple elaboration of the basic logistic growth model can accurately reflect how the populations are changing.

This talk is from a 2015 Holiday Lecture Series, Patterns and Processes in Ecology.