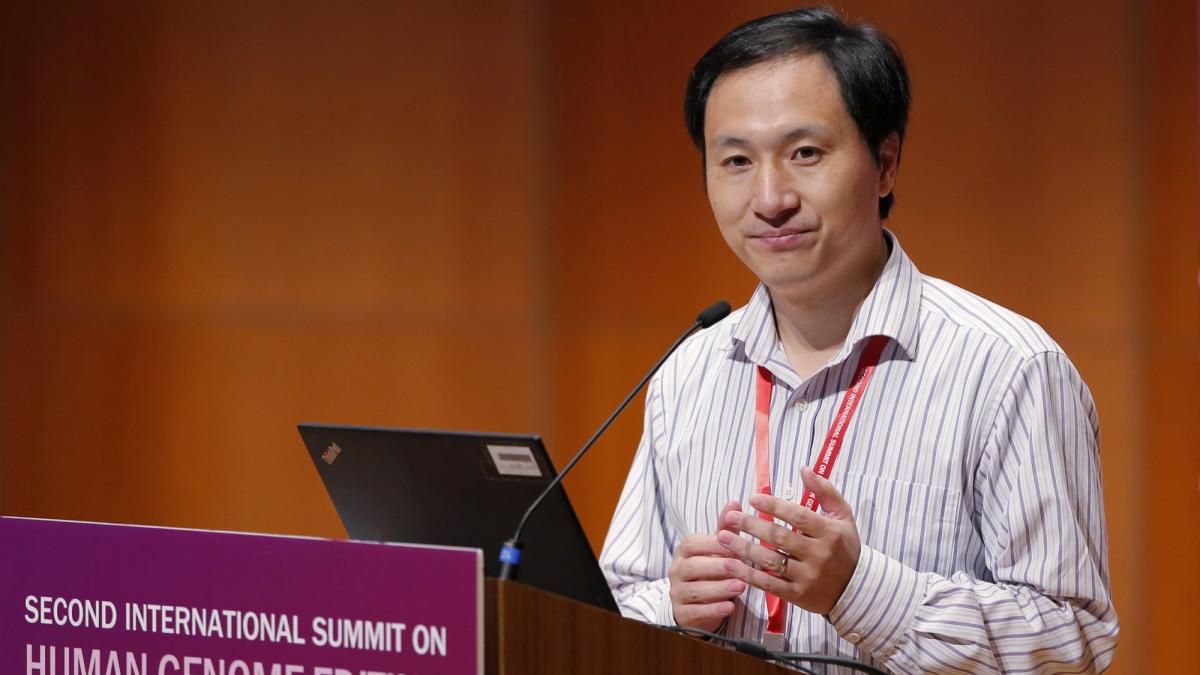 Fear that uproar over gene-edited babies could block science

Researchers are rapidly learning how to edit DNA to fight such conditions as Huntington’s, Tay-Sachs and hereditary heart disease, conducting legally permissible experiments in lab animals and petri dishes without taking the ultimate step of actually creating babies. Now they worry about a backlash against their work, too.

“The alarmists who claimed that scientists won’t behave responsibly in the development of the next generation of gene editing now have ammunition,” said a dismayed Kyle Orwig, a reproductive specialist at the University of Pittsburgh who hopes to eventually alter sperm production to treat infertility.

He said there is a clear public demand for the kind of research he is doing: “Families contact me all the time,” men who can’t produce sperm and aren’t helped by today’s reproductive care.

A Chinese researcher sent a shock wave through the scientific community this week when he claimed to have altered the DNA of embryos in hopes of making them resistant to the AIDS virus. He reported the birth of twin girls and said there may be another pregnancy resulting from his work.

International guidelines for years have said gene editing that can change human heredity — through altered eggs, sperm or embryos — should not be tested in human pregnancies until scientists learn if the practice is safe. One fear is that such experiments could inadvertently damage genes that could then be passed on to future generations.

China has ordered a halt to the seemingly underground experiments by researcher He Jiankui and his team.

“This is what we’re afraid of: Not legitimate scientists — it’s crazy people that would just try it without even worrying about consequences,” said Shoukhrat Mitalipov of the Oregon Health & Science University, who is conducting laboratory-only experiments on how to repair gene defects in human embryos.

If the outcry results in more restrictions being added to the current patchwork of rules on what can be studied and how, the field “will be, probably, thrown back for decades,” he added.

The challenge, said Pittsburgh’s Orwig, is to “convince the community that this is one bad apple but it doesn’t reflect what most people are doing.”

There are multiple kinds of gene editing. Experiments to try to fix damaged genes in children and adults with diseases such as sickle cell are fairly straightforward because that drug-like approach would affect only the patient and not his or her offspring.

Far more contentious is gene editing of the “germline,” or changing genes in such a way that they will be passed through generations. The big ethical question is whether such tinkering should be restricted to genes that can cause otherwise untreatable disorders, or whether medicine should be free to create “designer babies” with specific traits, such as high IQ.

“I do think the public is probably open to pretty clearly therapeutic uses of this kind of thing, to prevent transmission of disease. But there’s significant discomfort, if not complete opposition, to enhancement uses,” said Josephine Johnston, an expert on biomedical ethics and policy at the Hastings Center, a bioethics research institute based in Garrison, New York.

In a poll last summer, the Pew Research Center found most Americans — about 7 in 10 — said changing an unborn baby’s DNA to treat a serious disease the child would otherwise be born with would be appropriate. But support dropped sharply when people were told that that would involve studies with embryos.

And just 19 percent thought gene editing for such things as enhancing intelligence would be appropriate, Pew found.

How to prove that gene editing is safe enough to legitimately try in human pregnancies is a conundrum, said University of Pennsylvania bioethicist Jonathan Moreno. “No regulator follows that child over a lifetime, much less their progeny,” he noted.

Another question for ethicists: Even if it were deemed safe, is gene editing of embryos really needed given today’s options? Already, families who can afford pricey in vitro fertilization can pay extra to have the embryos genetically tested — and implant only those free of well-known dangerous mutations.

But such preimplantation diagnosis isn’t an answer for everyone, Johnston cautioned. IVF doesn’t always produce enough embryos for couples to choose among. And as testing uncovers more and more disorders, people will have to understand “there’s not going to be a perfect embryo,” she said.

Among his plans: gene-edit stem cells, and implant the repaired ones in infertile mice to see if they produce sperm that lead to healthy baby mice.

The technique could be adjusted so that the genetic change isn’t necessarily passed on to the next generation, he said.

Young women undergoing certain cancer treatment already can store ovarian tissue in hopes of future pregnancy, and Orwig said one day it should be possible to remove, say, a mutation in that tissue that otherwise could spread a family’s breast cancer-causing BRCA mutation.

Meanwhile, careful animal work with sperm could “lay the foundation for how one would do it in humans,” he said. “When societal views change and policies change, we’ll be ready.”