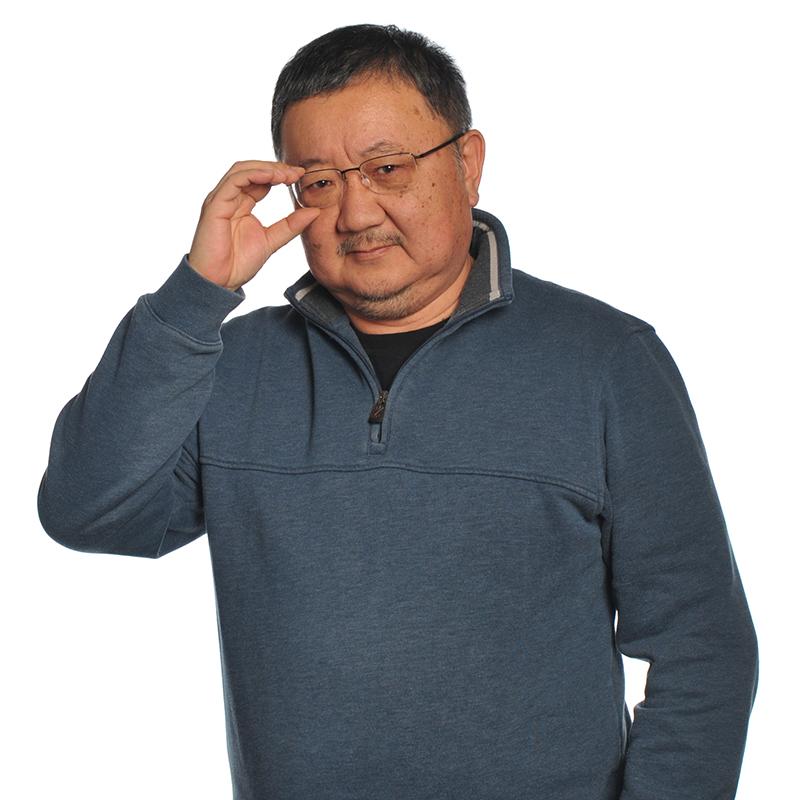 With a background as both a scientist and an educator, Sat develops content for the BioInteractive website — in particular in the areas of neuroscience, physiology, and quantitative skills. Sat has a knack for distilling complex topics into engaging visuals and simulations. 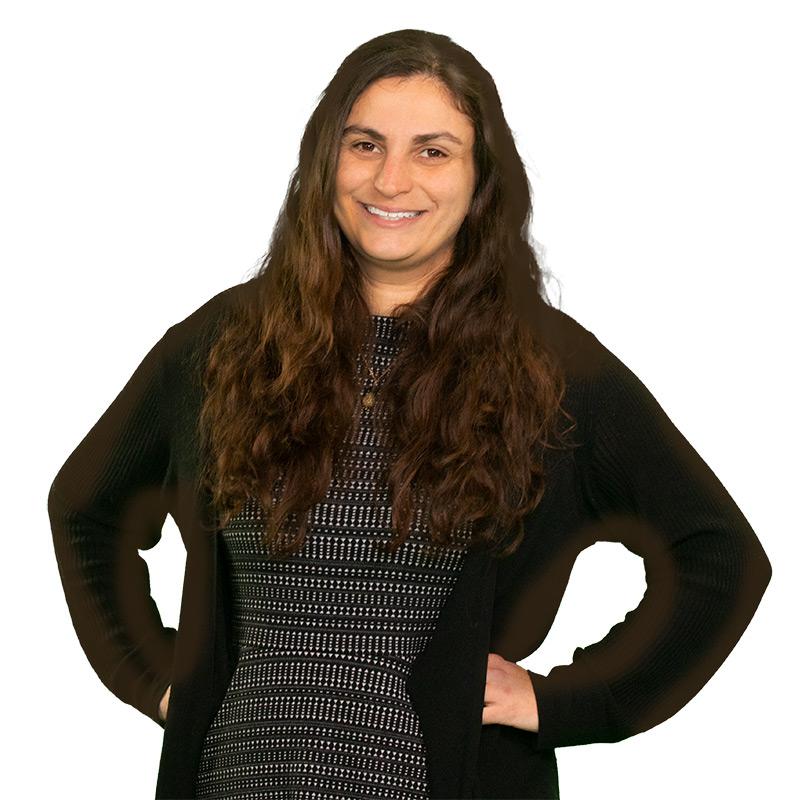 Jessica Bean is the leader of the Understanding Global Change Project at the Museum of Paleontology at UC Berkeley, for which she designs tools for learning about the Earth as a dynamic, interconnected system. She partnered with BioInteractive to produce the How Science Works and Understanding Global Change interactives. The inspiration for these projects came from her experience coordinating field and laboratory investigations for K-12 students as part of an NSF Graduate STEM Fellows in K-12 Education Program at the University of California, Davis.

She has also taught undergraduate and graduate courses in biology and Earth science, studied evolutionary biology, and received her PhD in the Department of Earth and Planetary Sciences at UC Davis. Jessica investigates the effects of environmental change on marine invertebrates along the California coast, and enjoys tidepooling and snorkeling for work and for fun. 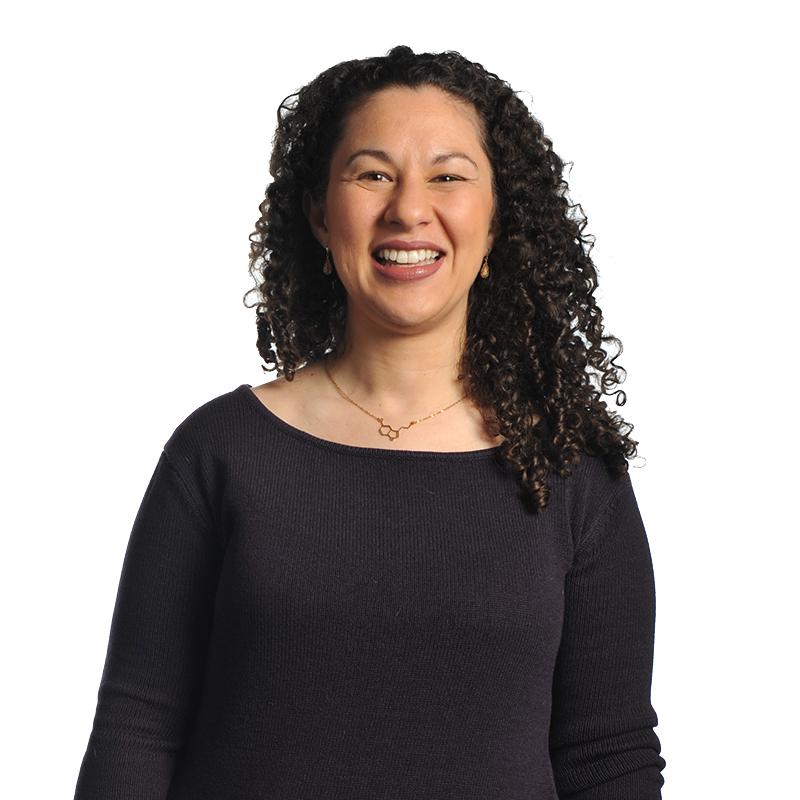 Sydney holds undergraduate degrees in biology and writing from the University of Pittsburgh, and a master’s degree in teaching from American University. Prior to joining HHMI, she taught general biology, AP Biology, and research at a public magnet school in Washington, DC. She was also deeply involved in DC Public Schools’ Next Generation Science Standards rollout and in the AP Biology teacher community, as well as in editing the Unity and Diversity teacher writing project. 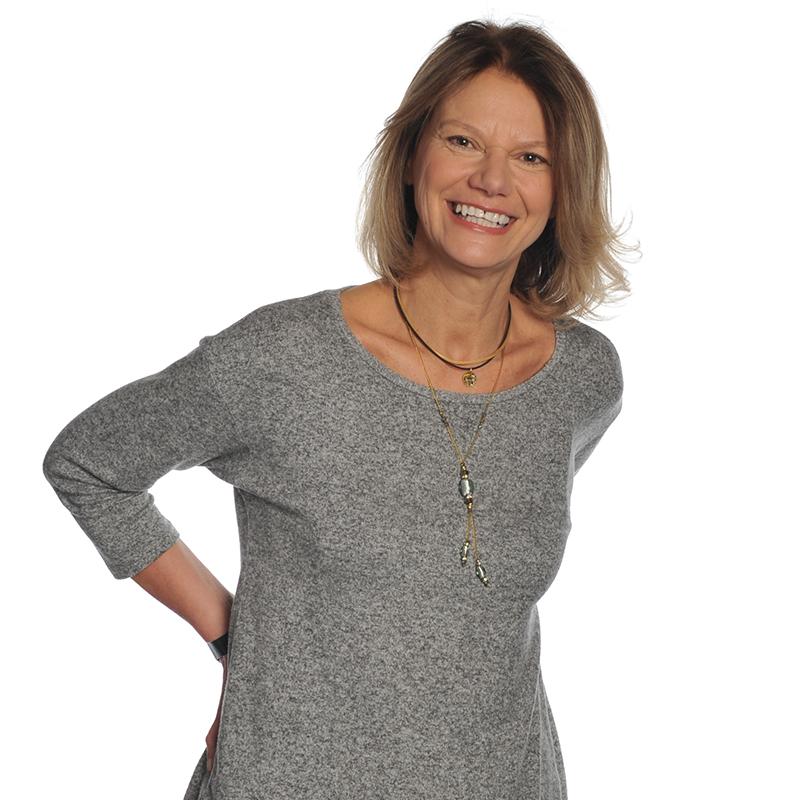 Laura leads the BioInteractive program, setting overall direction and strategy for the team based on HHMI’s priorities. She keeps a hand in multimedia development, particularly with the classroom films and associated classroom resources. Laura joined HHMI after working more than 20 years in science communication and editorial management.

Laura earned a PhD from the University of Toronto, Canada, conducting research on the genetics of Wilms tumor, and then spent two years as a postdoctoral fellow at the Imperial Cancer Research Fund (now Cancer Research UK) in London. She left the bench to join the editorial team of Nature magazine and has since worked as a science writer and managing editor for a wide range of influential print and online science journals including Nature, Nature Medicine, Nature Genetics, Science, Cell, Alzforum, and various NIH publications and websites. 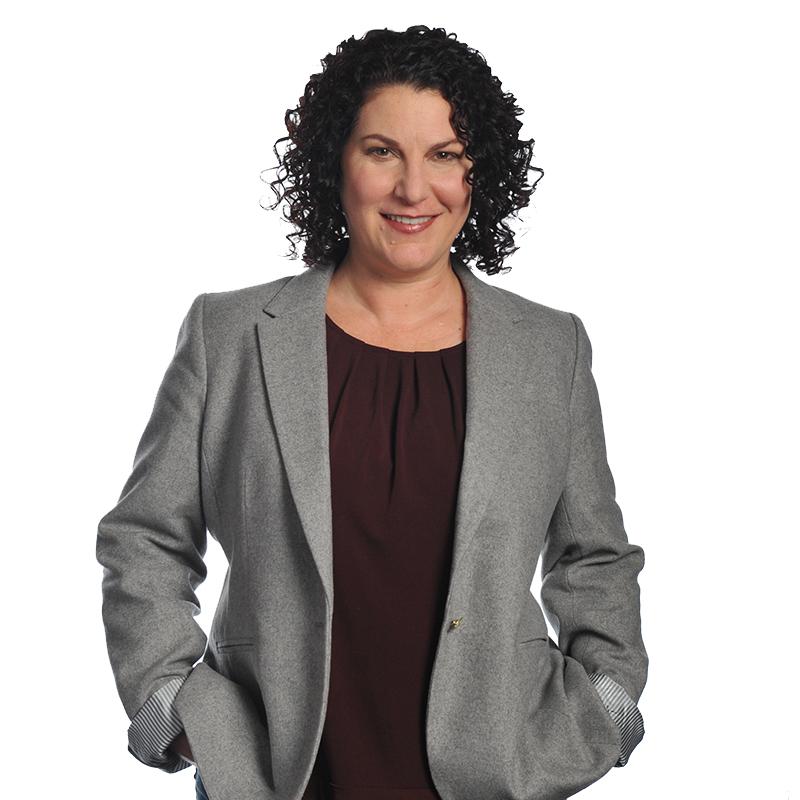 Jennifer studied biology and paleoprimatology at the University of New Mexico. Before joining HHMI, she worked as a consultant matching not-for-profit organizations with corporate partners to scale up public awareness campaigns about issues in healthcare and education. 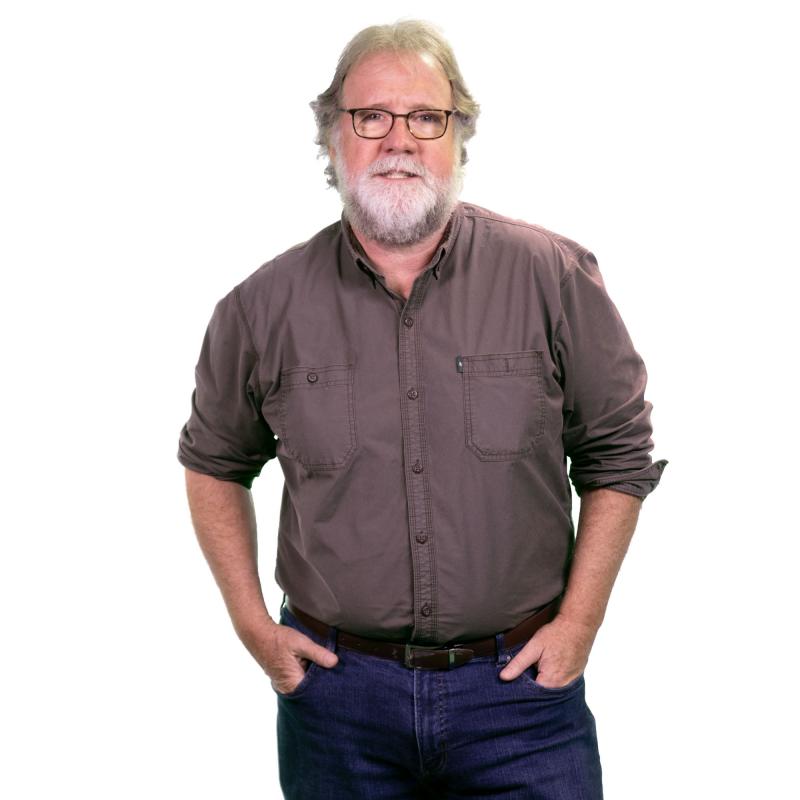 An internationally recognized scientist, award-winning author, and educator, Sean leads HHMI’s Department of Science Education and oversees the largest portfolio of privately supported science education programs in the United States. He was the architect of HHMI’s science filmmaking initiative and has served as executive producer on several feature films for HHMI’s film production unit, Tangled Bank Studios, and on numerous classroom films for BioInteractive.

A frequent public speaker and prominent science communicator, Sean is the author of several books including Remarkable Creatures, which was a finalist for the 2009 National Book Award (nonfiction); Into the Jungle; The Making of the Fittest; Endless Forms Most Beautiful; Brave Genius; The Serengeti Rules; and The Story of Life.

For his educational efforts, Sean has received the Stephen Jay Gould Prize for the advancement of the public understanding of evolution, the Viktor Hamburger Outstanding Educator Award from the Society for Developmental Biology, and the Distinguished Service Award of the National Association of Biology Teachers. 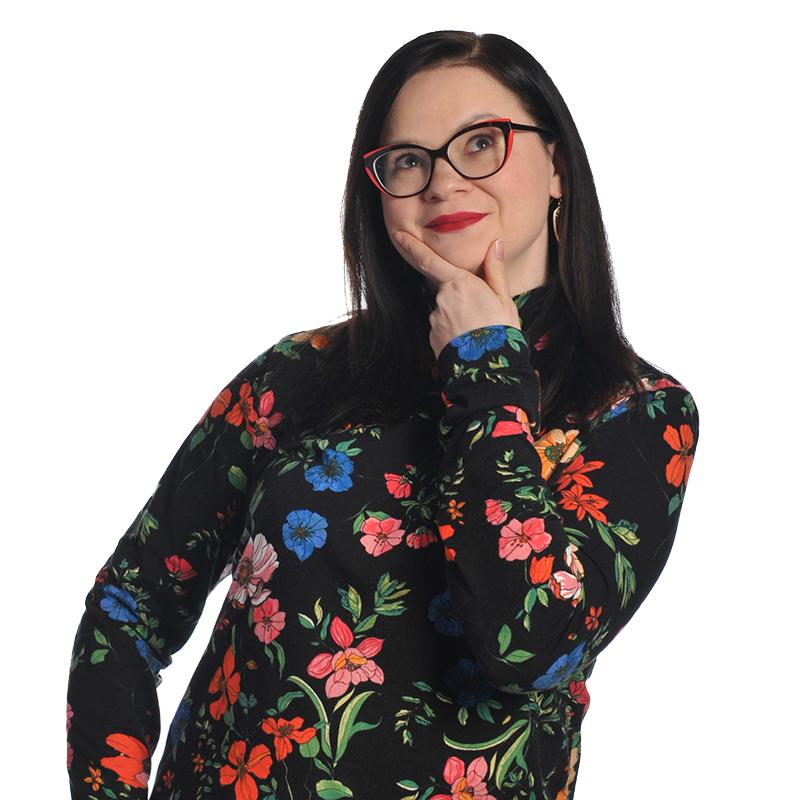 Prior to joining HHMI, Marjee worked as a high school chemistry and physics teacher and technology administrator. She left the classroom to work in editorial development of multimedia science education content, most recently with the Smithsonian Institution. Marjee earned her PhD at George Mason University in research and evaluation, and her MA and BS degrees at Marquette University. She was a Spencer Educational Research Fellow and recently served as a Fulbright Specialist in science education working in beautiful Bandung, Indonesia. 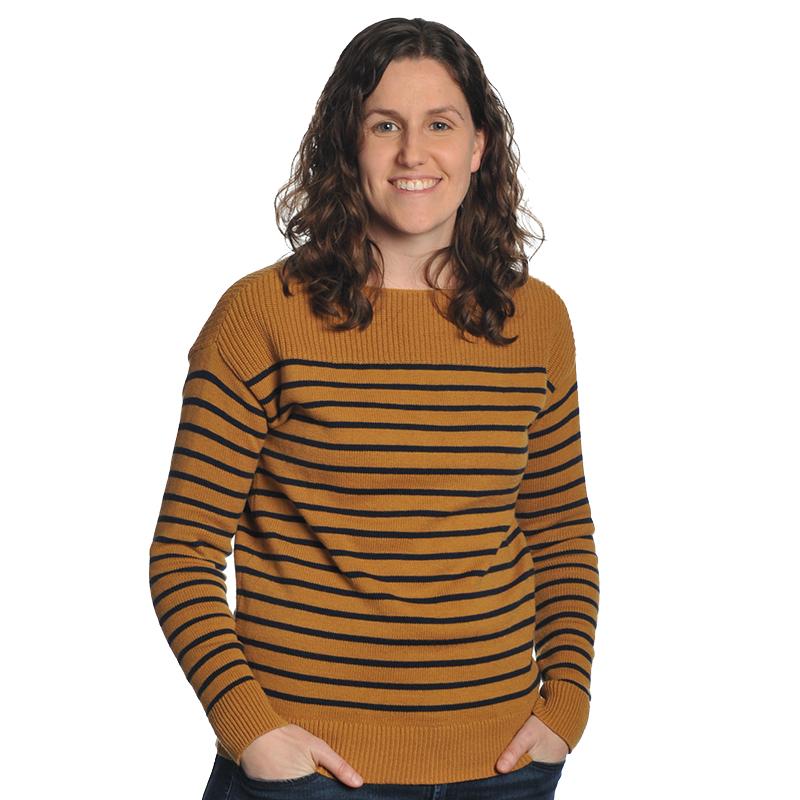 Bridget came to HHMI with over 12 years of experience working with conservation organizations on ecological research and communications. She manages strategic planning for content development and serves as the project manager for the BioInteractive website. Bridget also produces multimedia resources focused on ecology.

Bridget earned her master’s degree in zoology from the University of British Columbia, where she researched the ecology of reintroduced buffalo and wildebeest in Mozambique. She spent nine years with the Gorongosa Restoration Project, a nonprofit organization working to restore Gorongosa National Park in Mozambique, communicating science and conservation messages through print, digital, and interactive media. 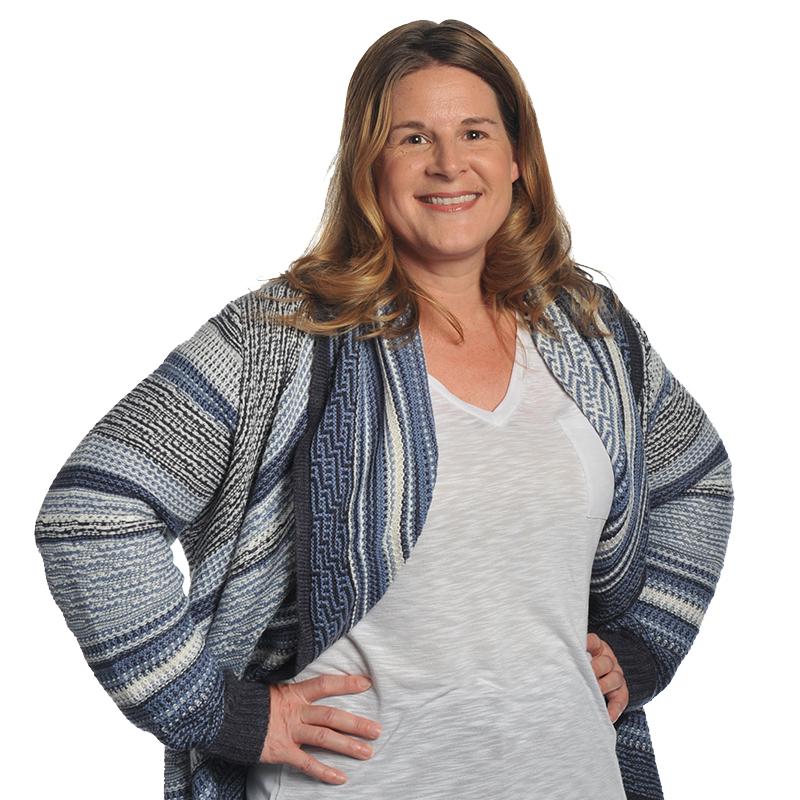 An educator with more than 10 years of experience in high school and community college settings, Melissa focuses primarily on outreach and content development for undergraduate introductory biology courses. She also manages logistics for all outreach and professional development events.

Before she began teaching, Melissa managed a research lab in the cardiology department at the University of Pittsburgh. She holds a master’s degree in chemical and life sciences from the University of Maryland. 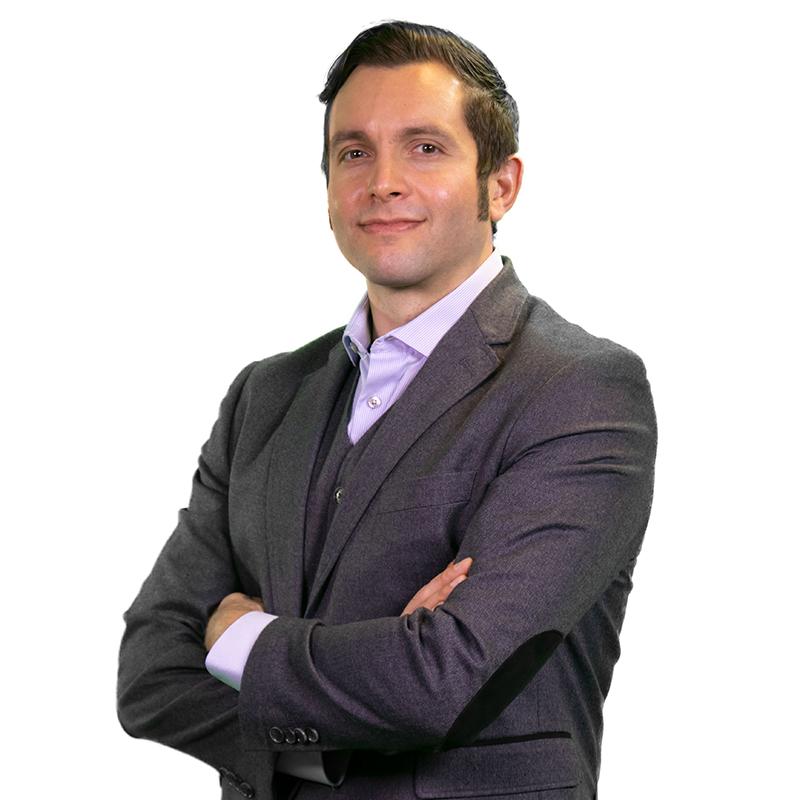 Fabian is an award-winning director and creator of science visualization and interactive media and a certified medical illustrator. He directs the production of animations, interactive media, print media, branding, and identity art, as well as the implementation of emerging technologies for BioInteractive and HHMI’s film production unit, Tangled Bank Studios.

Fabian received his master’s degree from the Medical and Biological Illustration graduate program at the Johns Hopkins University School of Medicine (JHUSOM). He is currently a board member of the Board of Certification of Medical Illustrators and is an active member of multiple professional organizations. He also co-instructs an annual graduate-level course, Molecular and Cellular Visualization, at JHUSOM and frequently gives workshops and presentations at professional meetings. 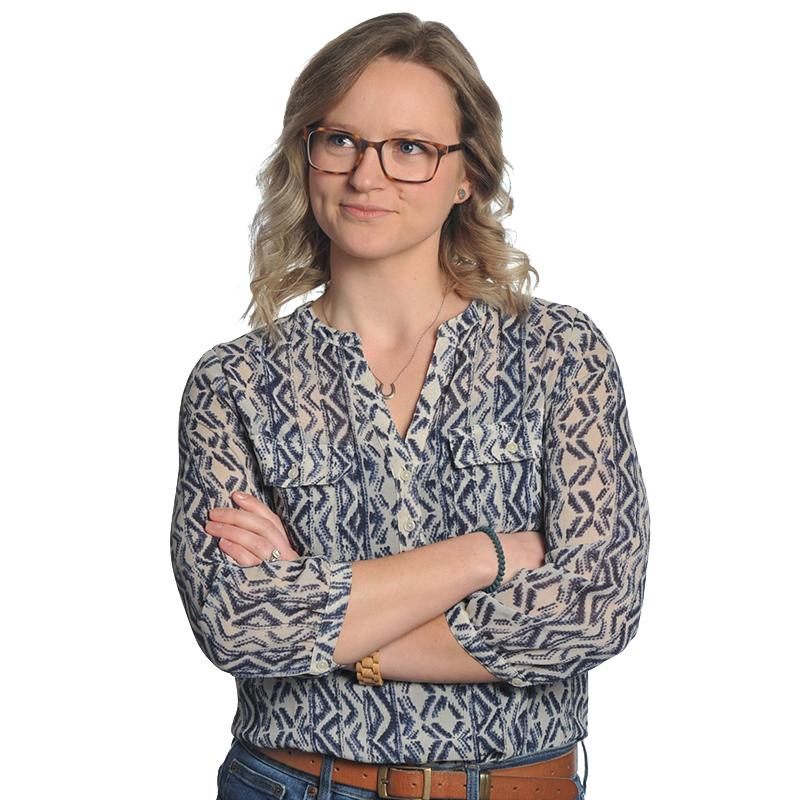 Amy provides pre-event and on-site support for outreach and professional development events of all types. She also assists with evaluations and other support for the BioInteractive team.

Amy graduated from Cornell University with her BS in animal science prior to obtaining her master’s degree in animal sciences at the University of Florida. Her research focused on equine genetics and behavior, specifically investigating the startle response and associated genetic polymorphisms. 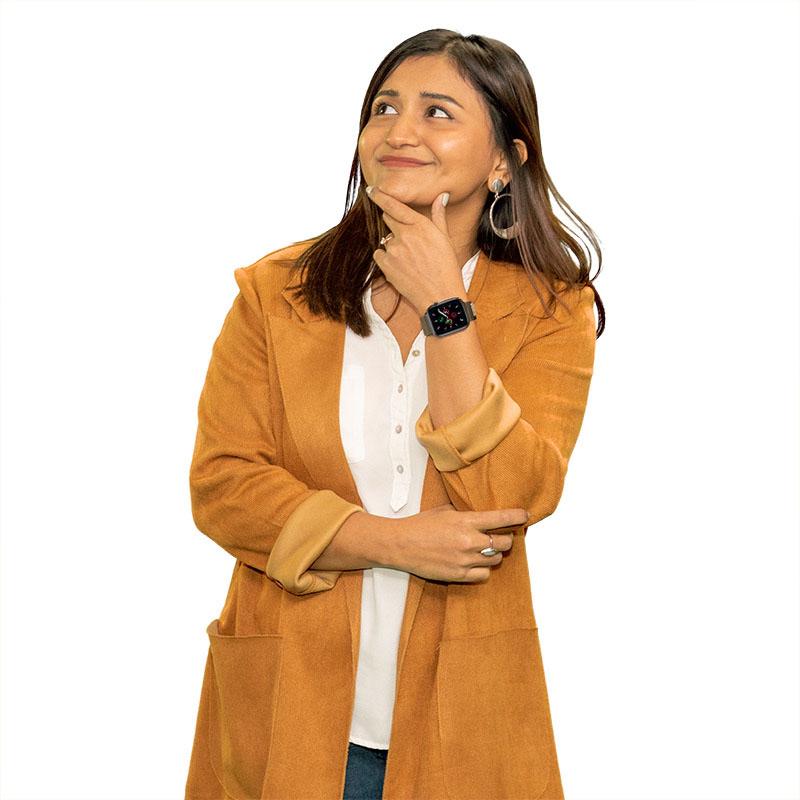 With a background in public relations and operations, Rit primarily provides pre-event and on-site support for outreach and professional development events. She also assists with logistics and evaluations.

Rit graduated from Louisiana State University with a BA in International Relations. She is passionate about rock climbing and traveling. 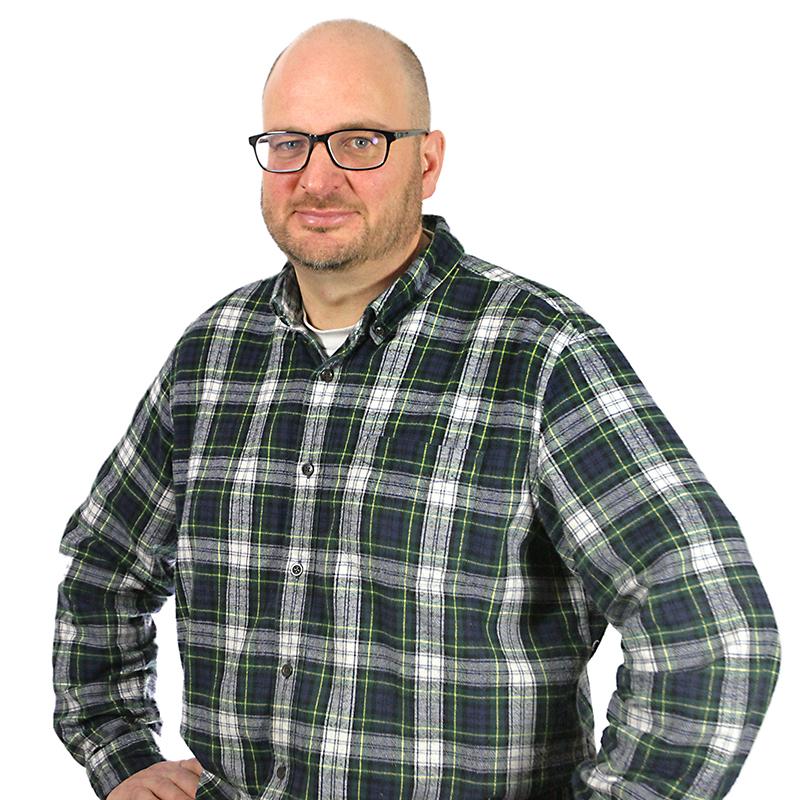 Having taught and conducted research in geology, oceanography, microbial ecology, and engineering, Mark produces a variety of multimedia resources for the BioInteractive website. His particular areas of focus include data-rich interactive media and apps, and anything earth-science-related.

Mark earned a PhD in oceanography from Oregon State University. He was a National Science Foundation fellow and conducted research on using microbial fuel cells to harvest energy from marine sediments. Following his graduate program, he was a postdoctoral research fellow at Harvard University in the Department of Organismic and Evolutionary Biology, working on microbial ecosystems at hydrothermal vents. Prior to focusing on scientific research and education, Mark was a consulting groundwater geologist for a water-resource consulting firm for five years. 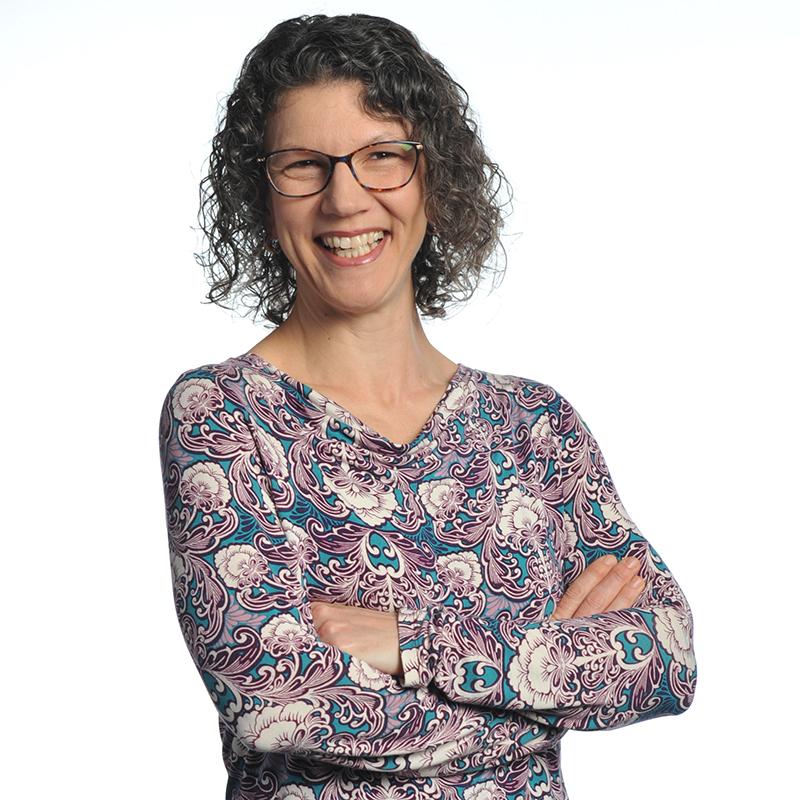 Aleeza has a wide breadth of experience teaching and developing science curricula for secondary and college courses, for both formal and nonformal education providers and settings. She supports classroom resource development, editing, and curricular alignment, while overseeing all aspects of resource accessibility.

Aleeza earned her master’s degree in teaching from the University of Maryland, Baltimore County, where she was part of a cohort of professional scientists trained in classroom pedagogy. Before her career in education, Aleeza conducted research on volcanics and ran the GeoChem lab at Rutgers University. For nine years, Aleeza was a field geologist specializing in environmental remediation in the Northeast and mid-Atlantic. She also created and managed an innovative multifaceted sustainability program for a large nonprofit in Baltimore. 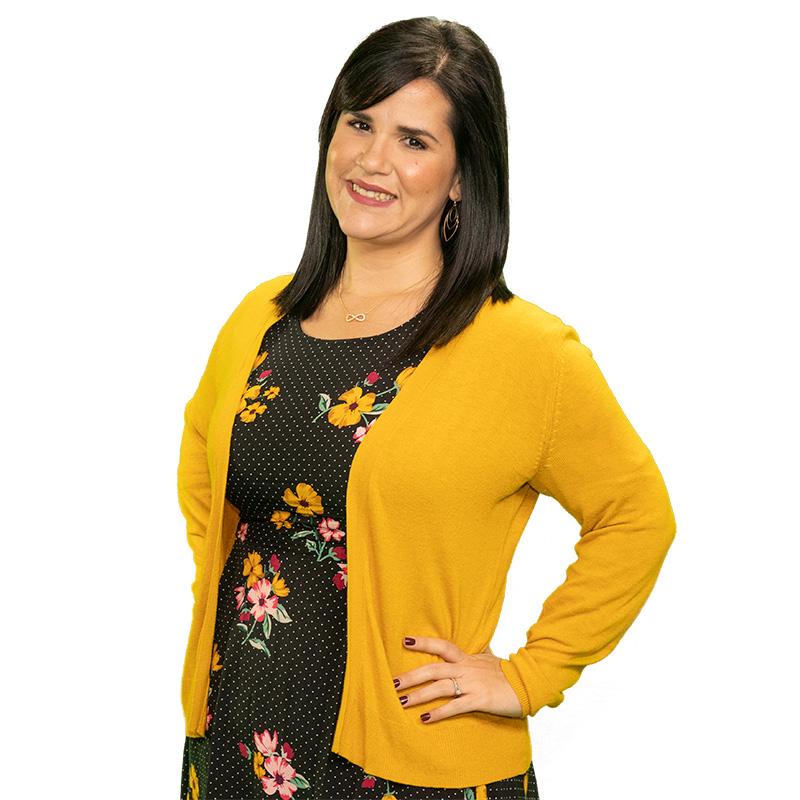 Before joining HHMI, Zulmarie was an AAAS Science and Technology Policy Fellow at the National Institute of Allergy and Infectious Diseases working on grant administration for the development of medical countermeasures for radiation exposure. She earned her dual BS in Chemistry and Biology from the University of Puerto Rico - Rio Piedras and her PhD in Cellular and Molecular Pathology from the University of Wisconsin - Madison. Throughout her career she has been actively involved in informal education and outreach initiatives and feels very passionately about increasing the participation of underrepresented minorities in STEM fields. 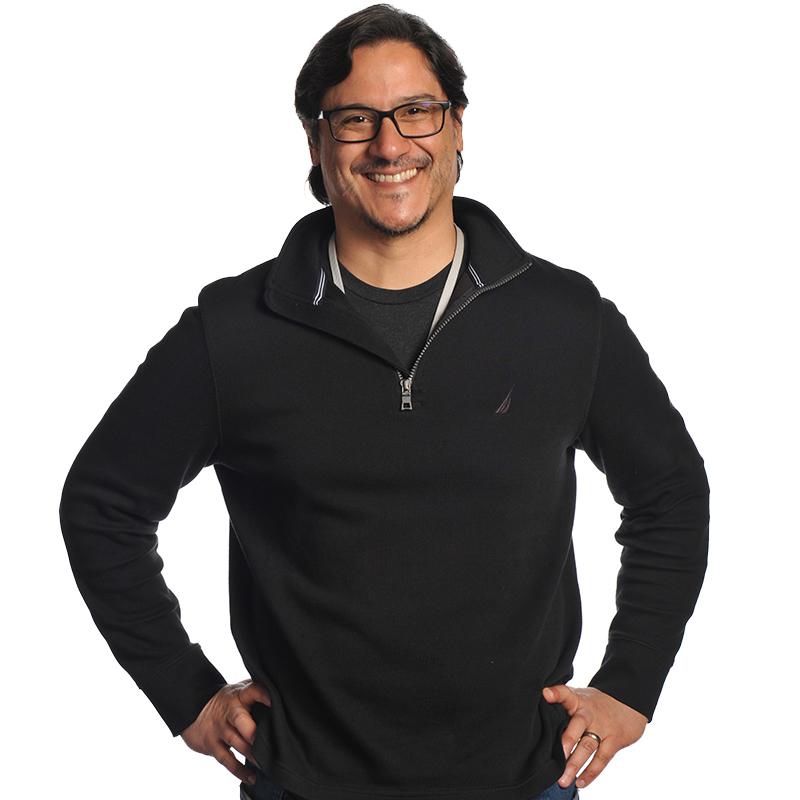 Javier earned his master’s degree in marine, estuarine, and environmental sciences from the University of Maryland, and his PhD in cell and molecular biology from the Medical University of South Carolina. His research focused on the molecular mechanisms and evolution of antiviral defense in arthropods. Before joining HHMI, he did postdoctoral research at the University of Maryland and Stony Brook University, while pursuing his passion for science education as a lecturer at Northern Virginia Community College. 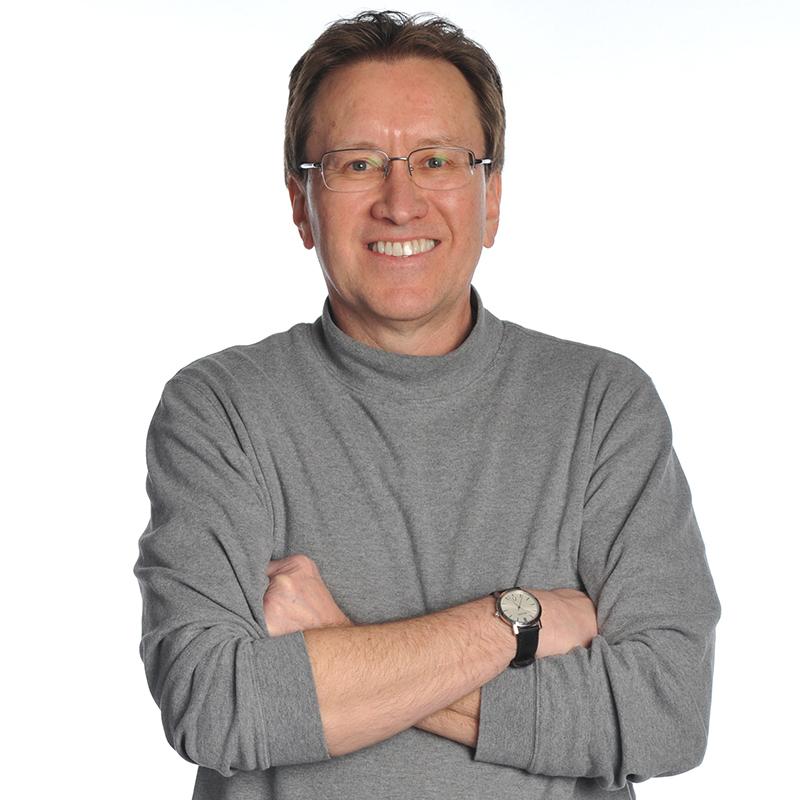 Chuck joined BioInteractive after working for several years in HHMI’s Department of Science. He oversees all business affairs, including budgets, contracts, staffing, and support matters. Chuck also manages all permissions and licenses.

Chuck received his PhD in physiology and biophysics from the University of Illinois at Chicago. He conducted research on neutral lipid metabolism at the National Institutes of Health for 10 years prior to joining HHMI in 1999 to work on the International and Investigator Programs. Chuck has had an ongoing interest in science education and served on instructional advisory committees for his local school board. 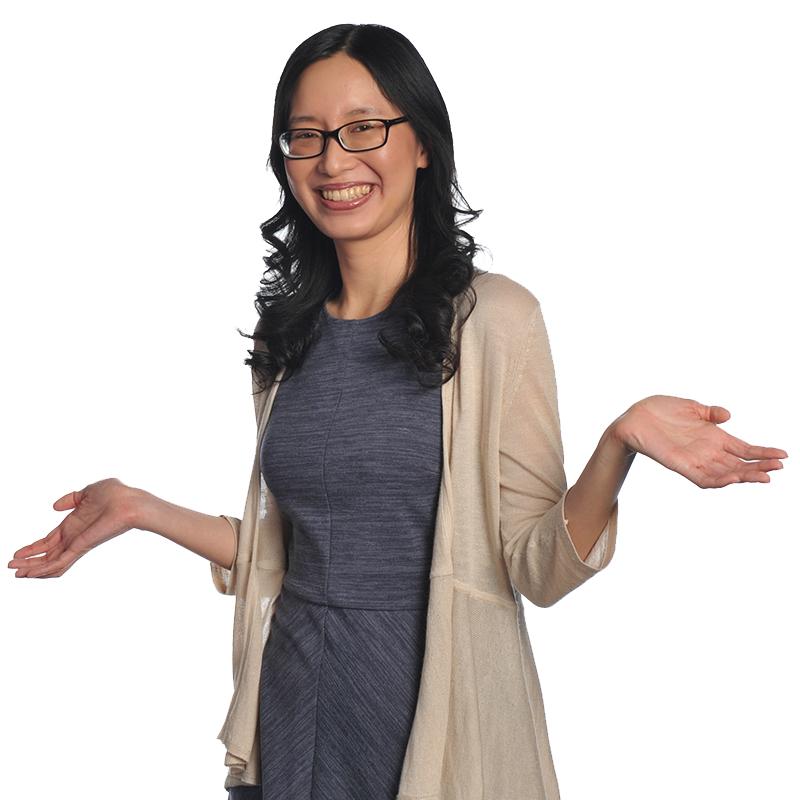 Esther is a scientist and editor with several years of experience in educational technology. She leads the development of a variety of multimedia resources and serves as the editorial manager for the team.

Esther earned her PhD in a joint program between the Massachusetts Institute of Technology and the Woods Hole Oceanographic Institution. Her research focused on developing mathematical population models to tackle a variety of ecological and evolutionary analyses. Prior to joining HHMI, she spent three years as a science curriculum designer for IXL Learning, a Bay Area edtech company that specializes in K-12 education. 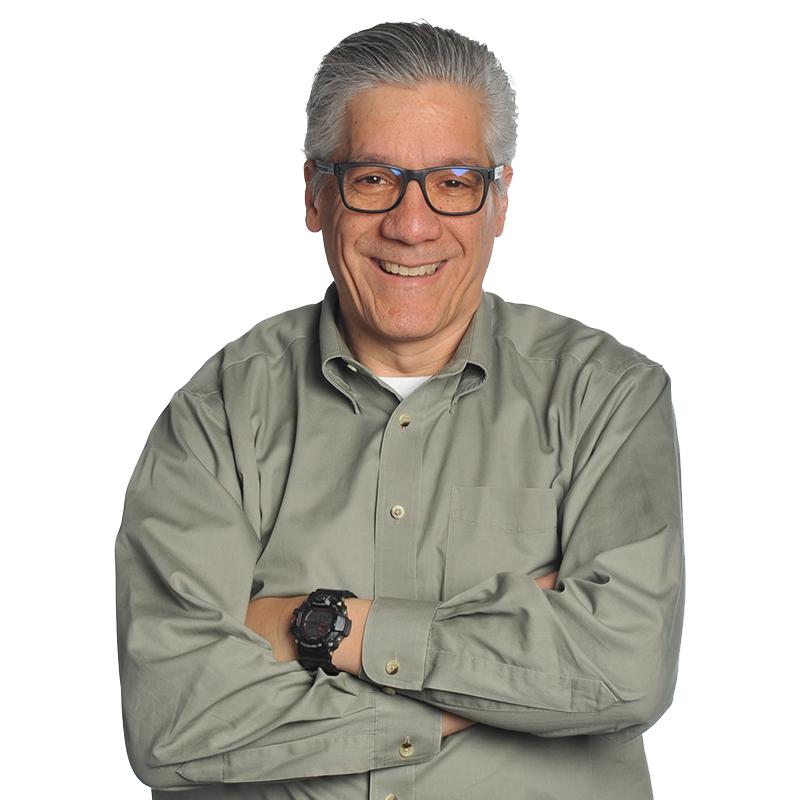 With a background in science and expertise in graphic arts production, Chris is a master of all trades. He oversees all technical and logistical aspects of the BioInteractive website, shoots and edits videos, authors DVDs produces print and online advertisements, and serves as the post-production supervisor for classroom films.

Chris holds a dual BS in biochemistry and integrated science from Northwestern University, and a master’s degree in biology from the University of Michigan. His tenure at an ad agency in Wilmington, Delaware, gave him a background in graphic arts, design, and print and video production. Before joining HHMI, he worked in the IT department of the National Institutes of Health, teaching classes in print and media production and website creation. 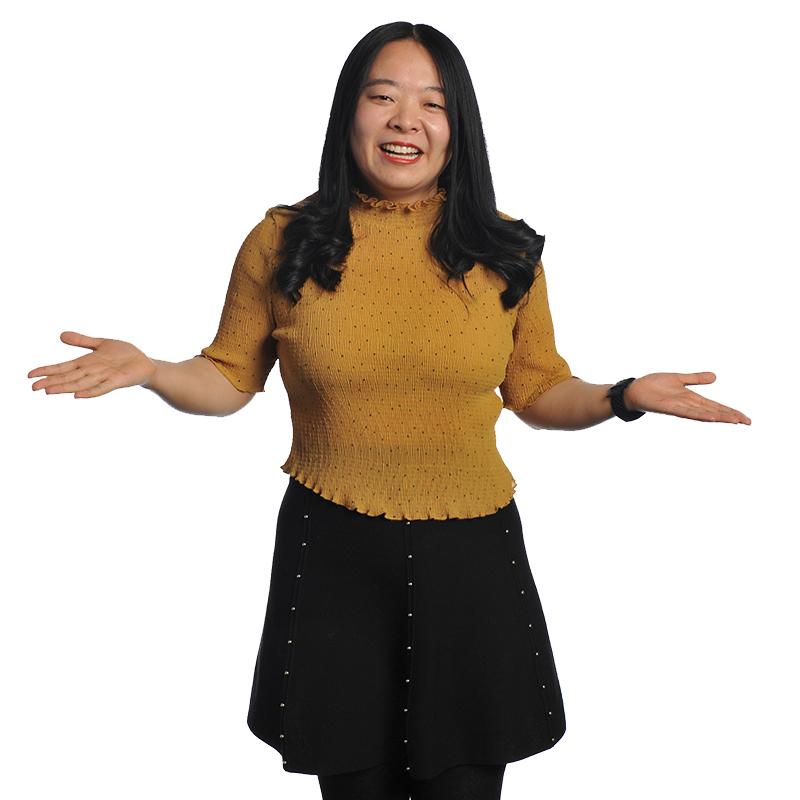 Li earned a BS in biological science and an Honorary Degree of Science for interdisciplinary training at Zhejiang University. She continued her research training at Cornell University, where she studied nuclear architecture and regulation of transcription and received an master’s degree in genetics. Recognizing the challenges and importance of science communication, Li changed her career path and pursued her passion in science education after receiving an MA in medical and biological illustration at Johns Hopkins University.