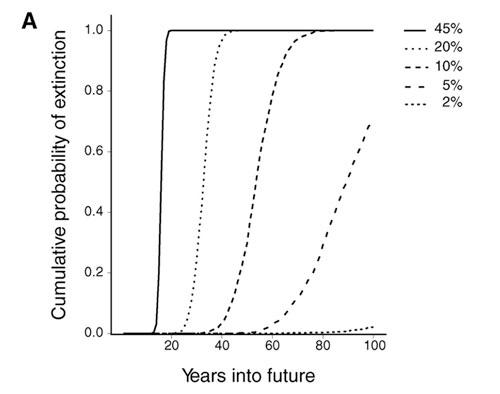 This activity guides the analysis of a published scientific figure from a study that modeled the impact of an infectious fungal disease on a bat population.

In 2006, a disease called white-nose syndrome (WNS) began wiping out bat populations in North America. Because many of these bats eat insect pests, the spread of WNS may devastate ecosystems and increase pest control costs. In this study, scientists mathematically modeled the effects of WNS to estimate extinction probabilities for the little brown bat (Myotis lucifugus) population in the northeastern United States. This figure shows these probabilities projected for five annual rates of population decline. Each projection is simulated up to 100 years after WNS emerged in the population. The “Educator Materials” document includes a captioned figure, background information, graph interpretation, and discussion questions. The “Student Handout” includes a captioned figure and background information.

Accessibility Level
The documents for this resource meet accessibility standards in accordance with the final rule for Section 508 of the National Rehabilitation Act.
Version History
Date Published 12.03.18
Date Updated 12.03.18 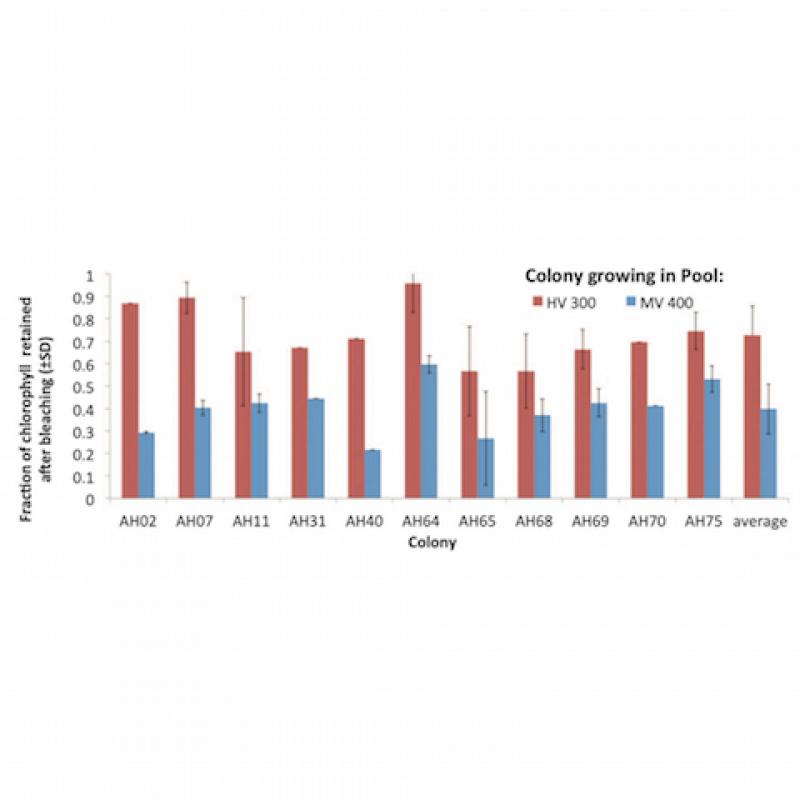 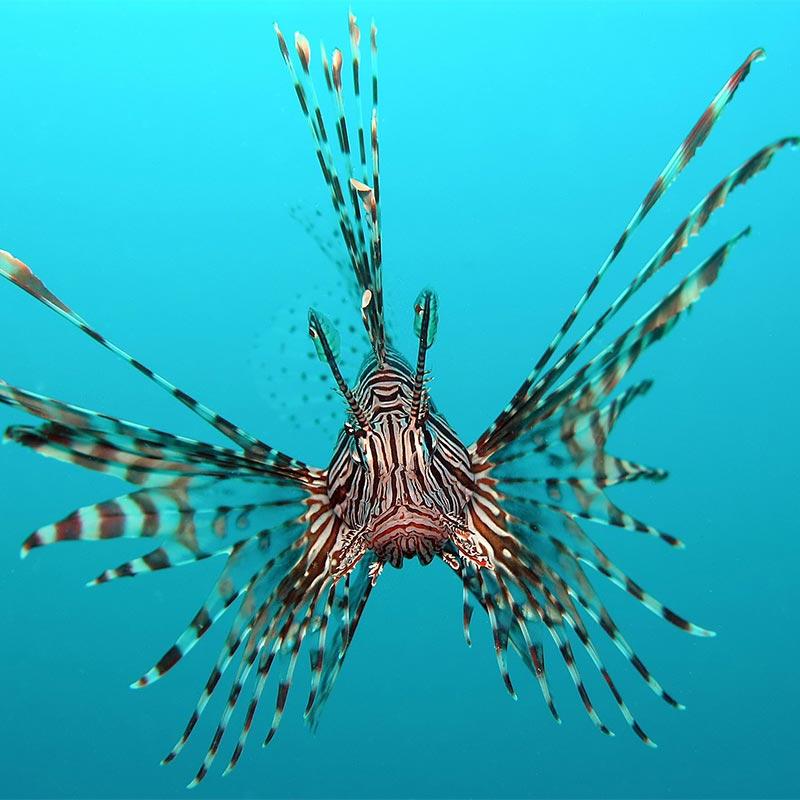 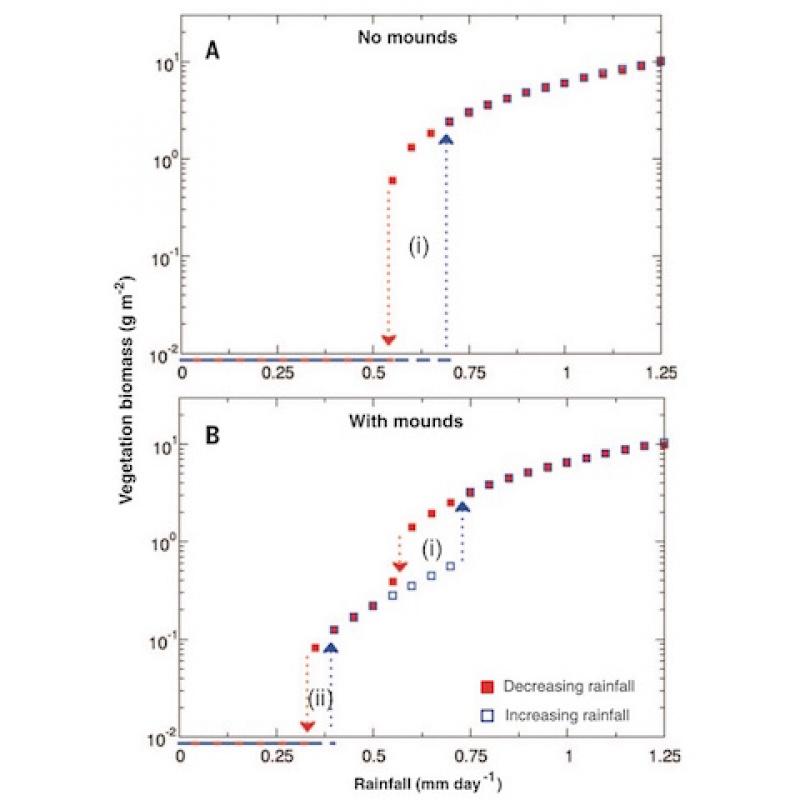 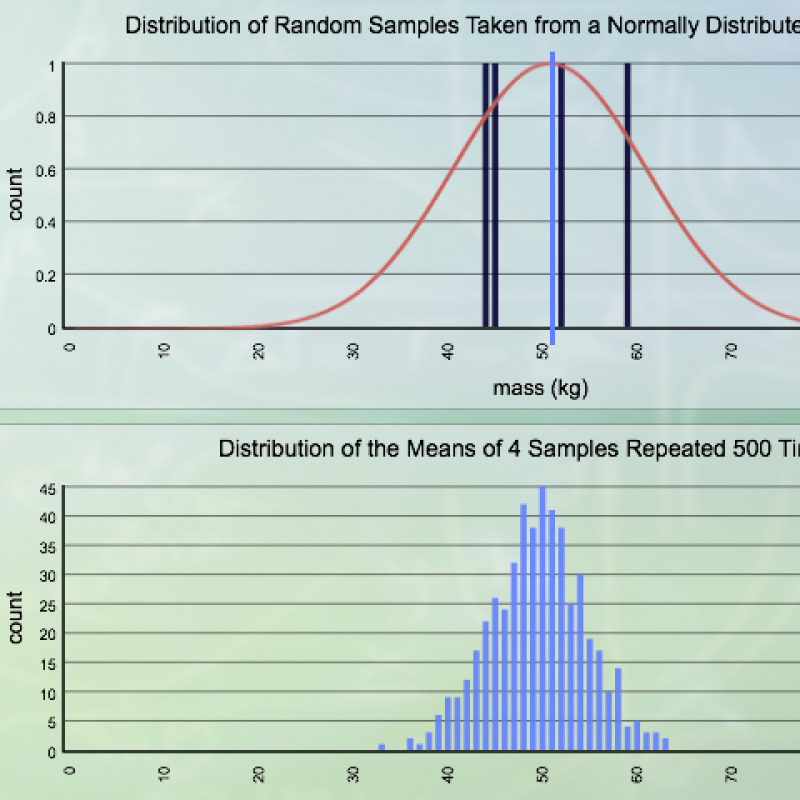 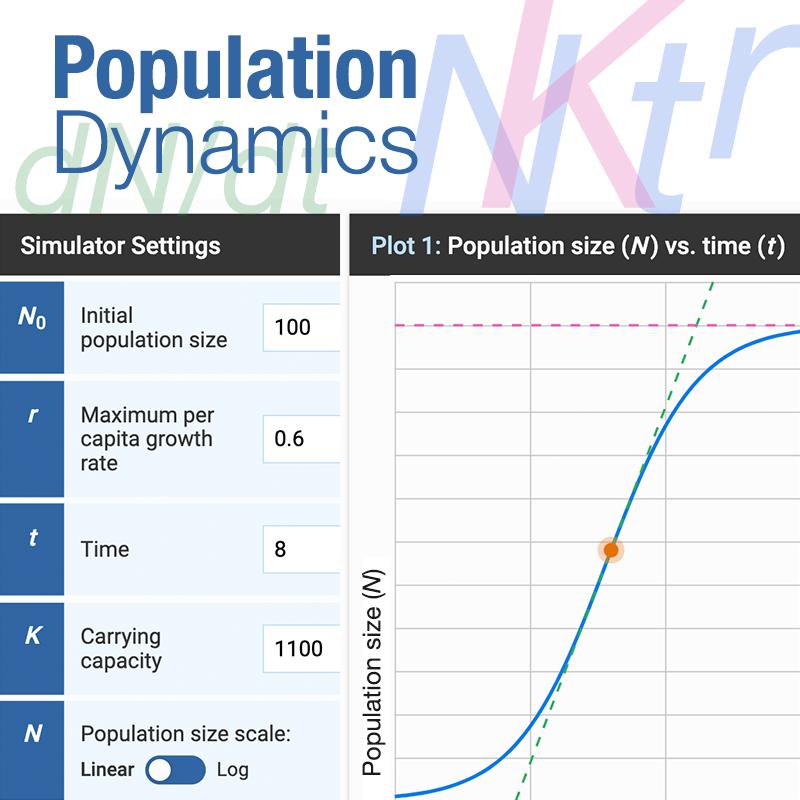