Mimicry in a Diverse Community of Arthropods 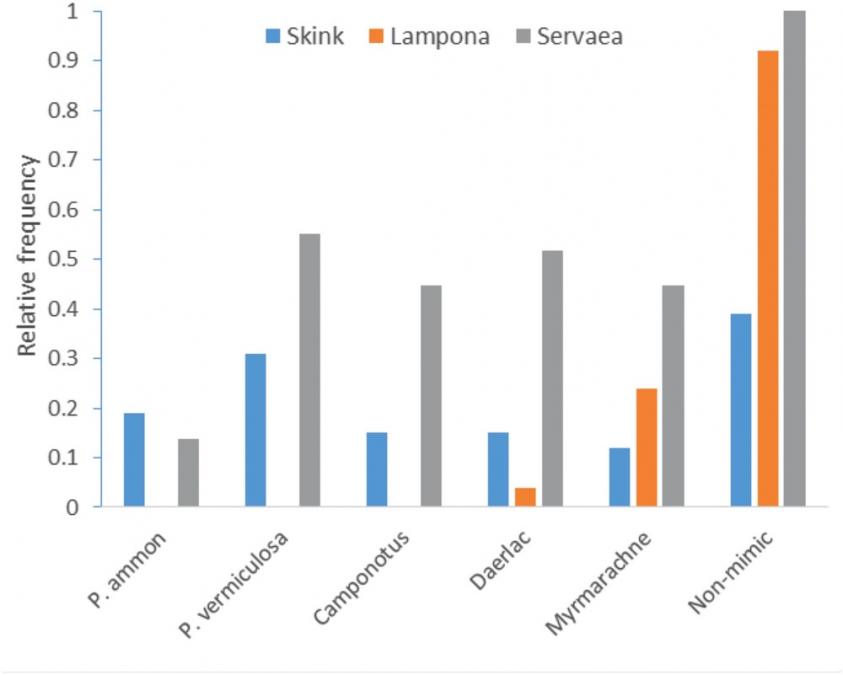 This activity guides the analysis of a published scientific figure from a study that tested how effectively mimicry protects arthropods against different types of predators.

In this study, scientists looked at several mimic arthropod species with similar warning coloration: a golden patch on a black body. The scientists exposed five of these mimic species, and one non-mimic species, to predators with different prey preferences. The figure shows the proportion of prey captured by three types of predators: skinks, Lampona spiders, and Servaea spiders. The prey species are listed from left to right in order of decreasing golden coloration and increasing palatability. The “Educator Materials” document includes a captioned figure, background information, graph interpretation, and discussion questions. The “Student Handout” includes a captioned figure and background information. 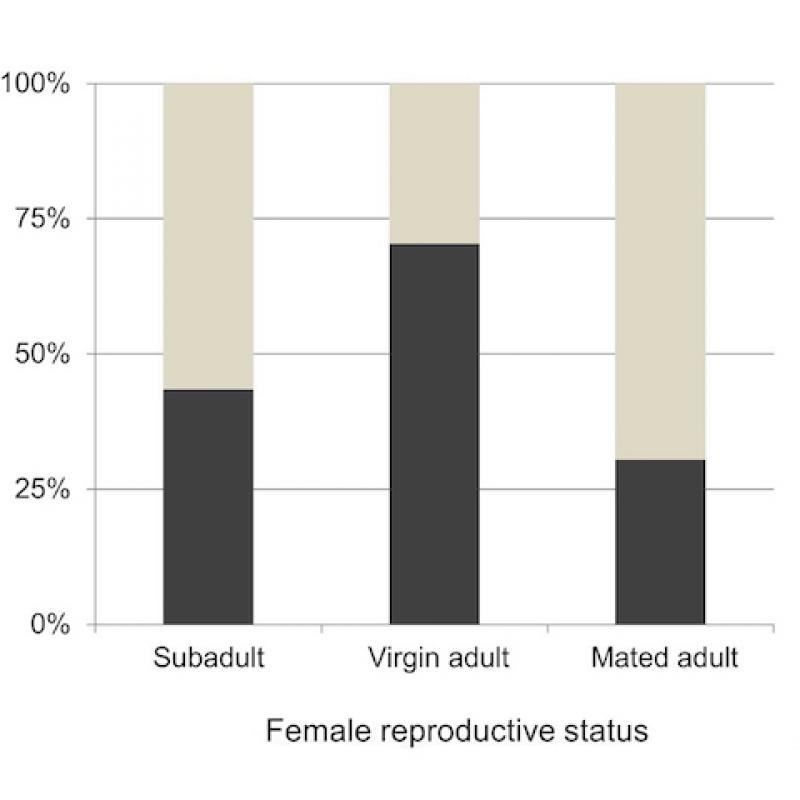