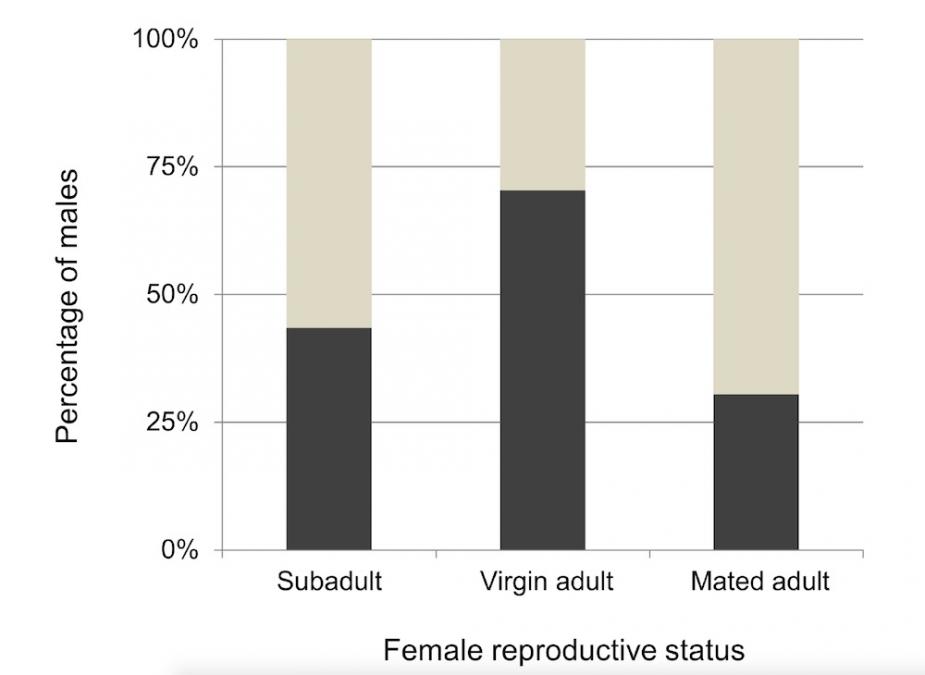 This activity guides the analysis of a published scientific figure from a study that investigated how males in a species of sexually cannibalistic spiders choose their mates.

Females of the web-building spider Cyrtophora citricola usually eat the males during or immediately after mating, a practice known as sexual cannibalism. In this study, scientists examined the behavior of the males to determine if sexual cannibalism makes them choosier about their mates. The figure shows the percentage of male spiders that remained in an empty, female-built web for four days after being placed there by researchers (dark bars) and the percentage of male spiders that left the web (light bars). The webs were built by females that differed by reproductive status: subadult, virgin adult, or mated adult.