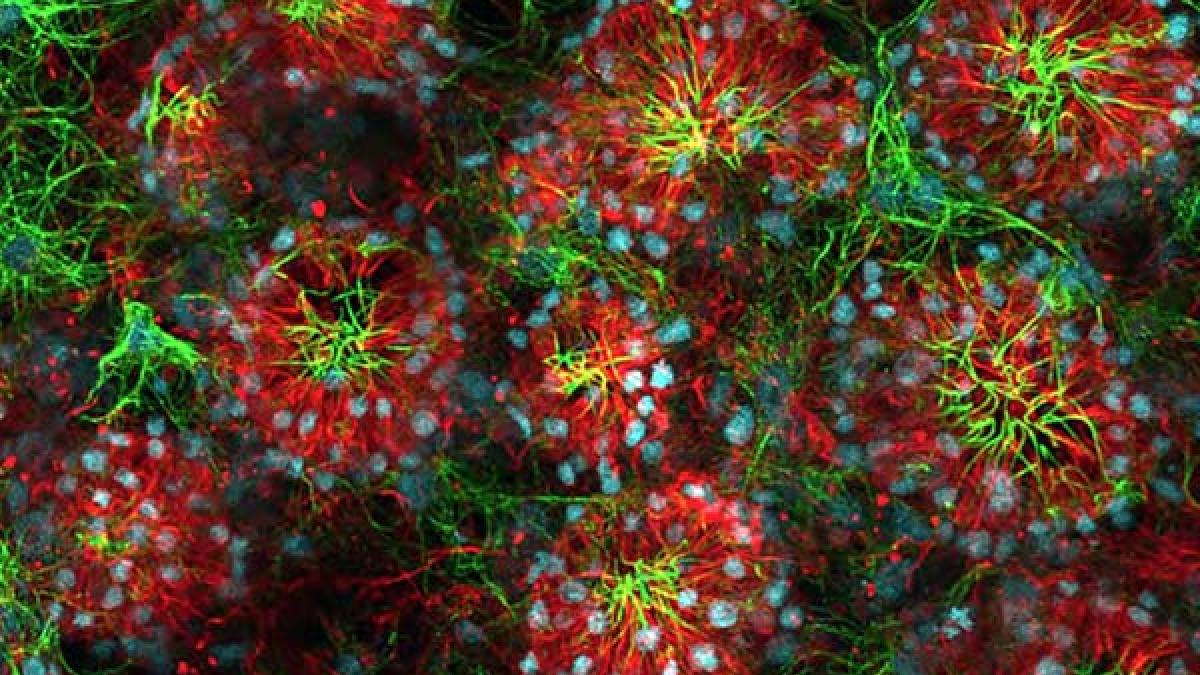 Sponges are animals that live primarily in oceans, attached to rocks and other surfaces. They feed by pumping sea water through chambers in their bodies and filtering it to capture small prey, such as bacteria. These chambers are made up of cells called “choanocytes.” The image shows approximately 16 choanocyte chambers, each about 30 micrometers in diameter—about the size of a pollen grain. The green color marks the flagella—hair-like structures that pump the water. The red color marks the cytoskeleton, which includes a structure called the collar (not visible here) that captures the prey. The light-blue regions mark the nuclei of individual choanocytes. Sponges are the simplest form of multicellular animal, and the choanocytes exhibit similar structures to choanoflagellates, which are unicellular organisms. Studies that compare closely related unicellular and multicellular organisms are of great value in understanding the origins of animals. 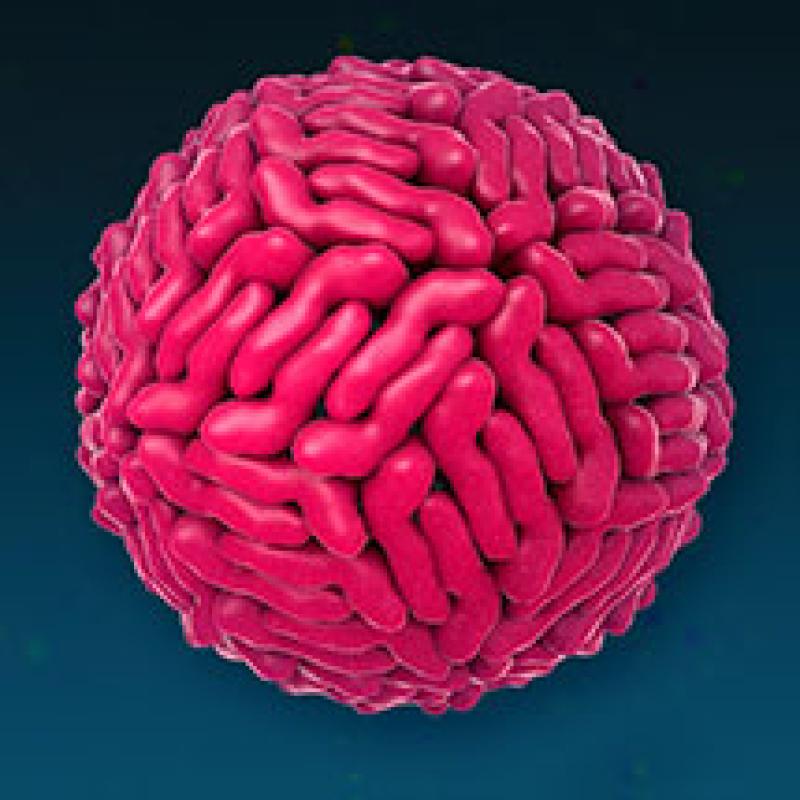 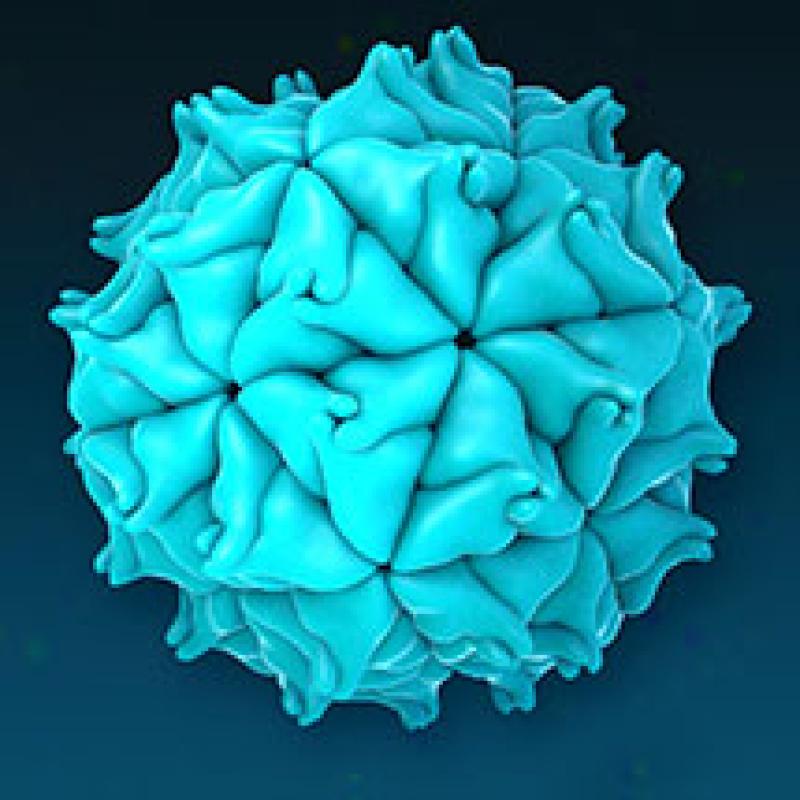 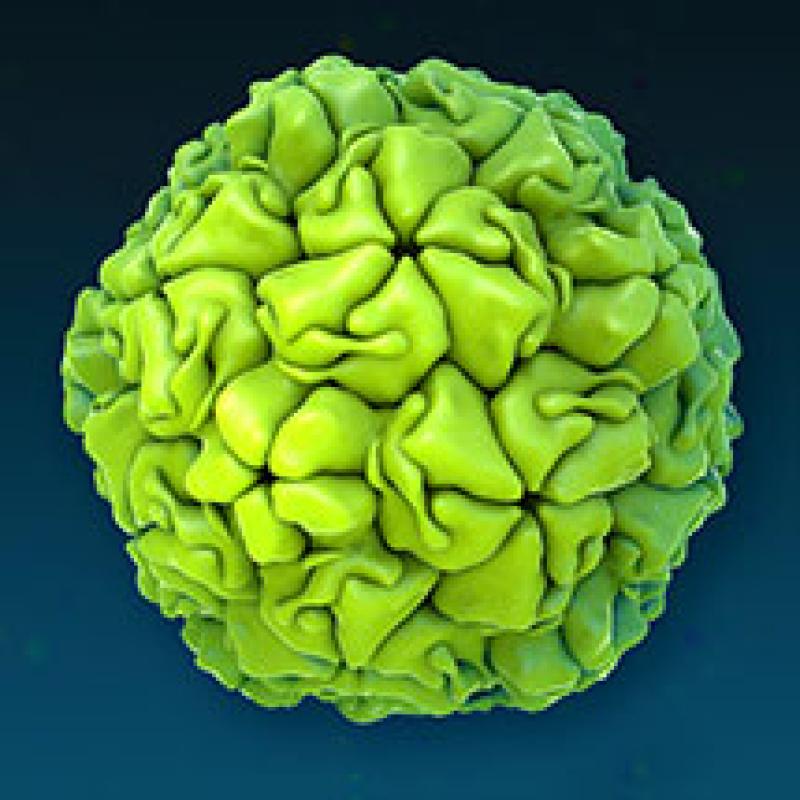 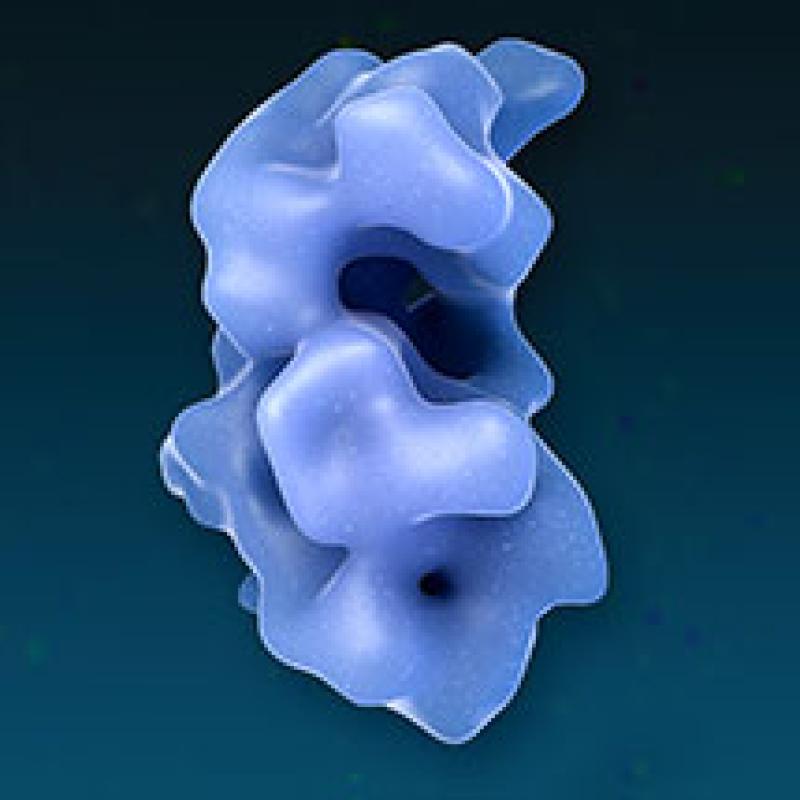 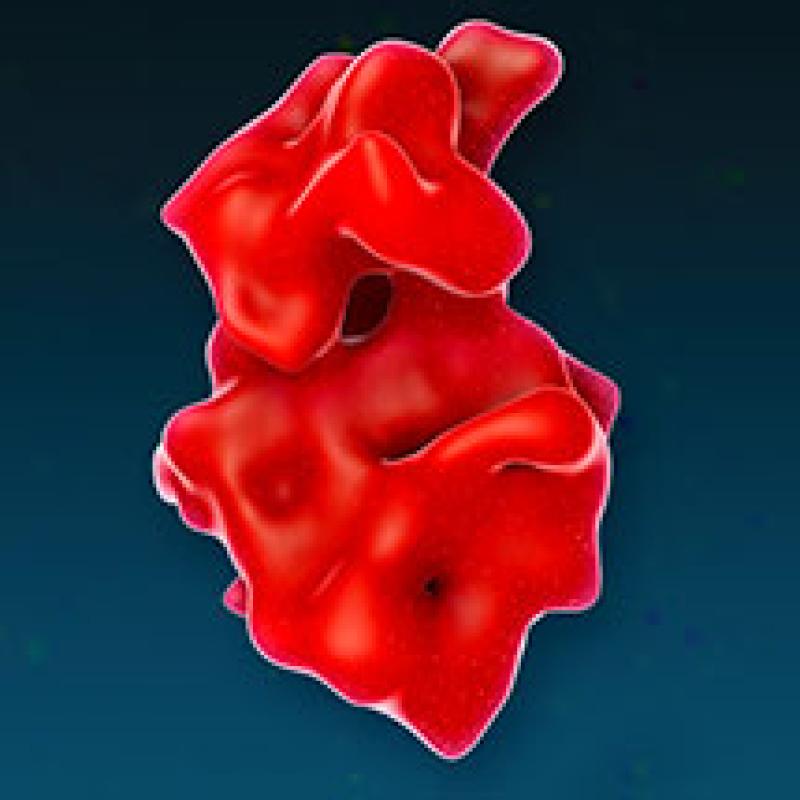 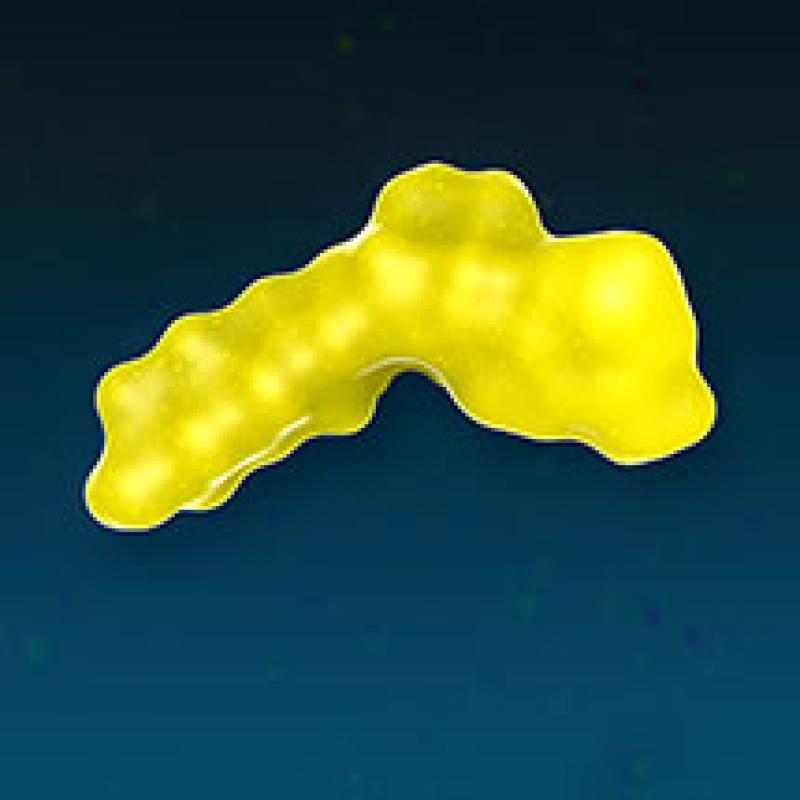