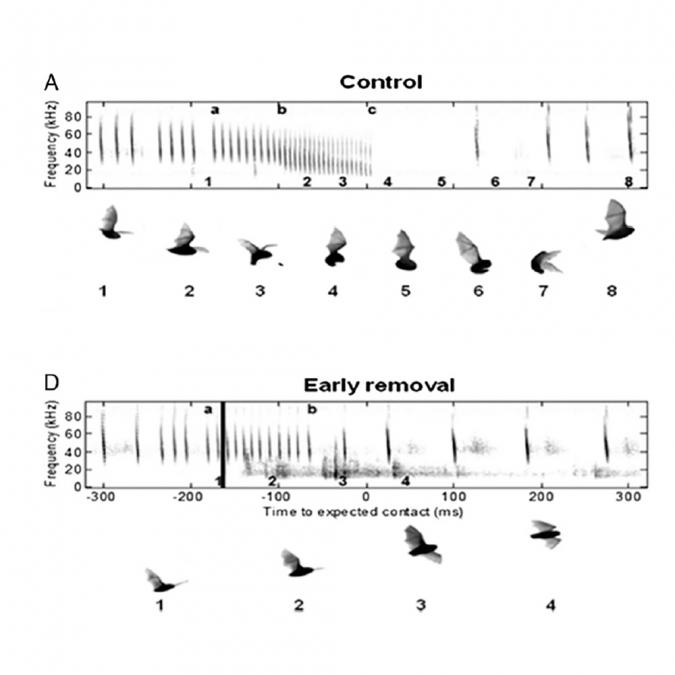 This activity guides the analysis of a published scientific figure from a study that tested how bats use echolocation to adjust their hunting behavior.

During echolocation, bats emit ultrasonic sound waves and analyze the returning echoes. After a bat detects prey, it emits a rapid sequence of echolocation signals called the buzz phase. In this study, scientists observed bats hunting to determine the role of the buzz phase in capturing prey. The figure shows the bats’ behaviors as spectrograms (graphs of their echolocation signals) and video snapshots in two panels: one with the bat successfully capturing prey (Panel A), and one with the bat chasing prey that is then removed by the scientists (Panel D).

Accessibility Level
The documents for this resource meet accessibility standards in accordance with the final rule for Section 508 of the National Rehabilitation Act.
Version History
Date Published 01.09.17
Date Updated 01.09.17