Activity for The Making of a Theory

This activity explores the concepts and research presented in the short film The Origin of Species: The Making of a Theory, which documents the epic voyages of naturalists Charles Darwin and Alfred Wallace.

Until the early 1800s, most people, scientists included, believed that every species was specially created by God in a form that never changed. The epic voyages and revolutionary insights of two brave young British naturalists, Charles Darwin and Alfred Russel Wallace, overturned this long-held idea. Prodigious collectors of animals and plants, each man developed a keen appreciation for the variation within species, the relatedness of species, and the patterns of geographic distribution, all of which was hard to reconcile with special creation. This hard-earned knowledge led each to ask why and how creatures came to live in a given place.

The “Student Handout” probes students’ understanding of the key concepts addressed in the film. The “Educator Materials” document provides suggested pause points in the film with questions for students, background information, and detailed discussion points; a list of related resources and references; and an answer key for the “Student Handout.”

Darwin, Charles. On the Origin of Species by Means of Natural Selection, or the Preservation of Favoured Races in the Struggle for Life. London: John Murray, 1859.

Accessibility Level
The documents for this resource meet accessibility standards in accordance with the final rule for Section 508 of the National Rehabilitation Act.
Version History
Date Published 01.28.14
Updated 03.21.18 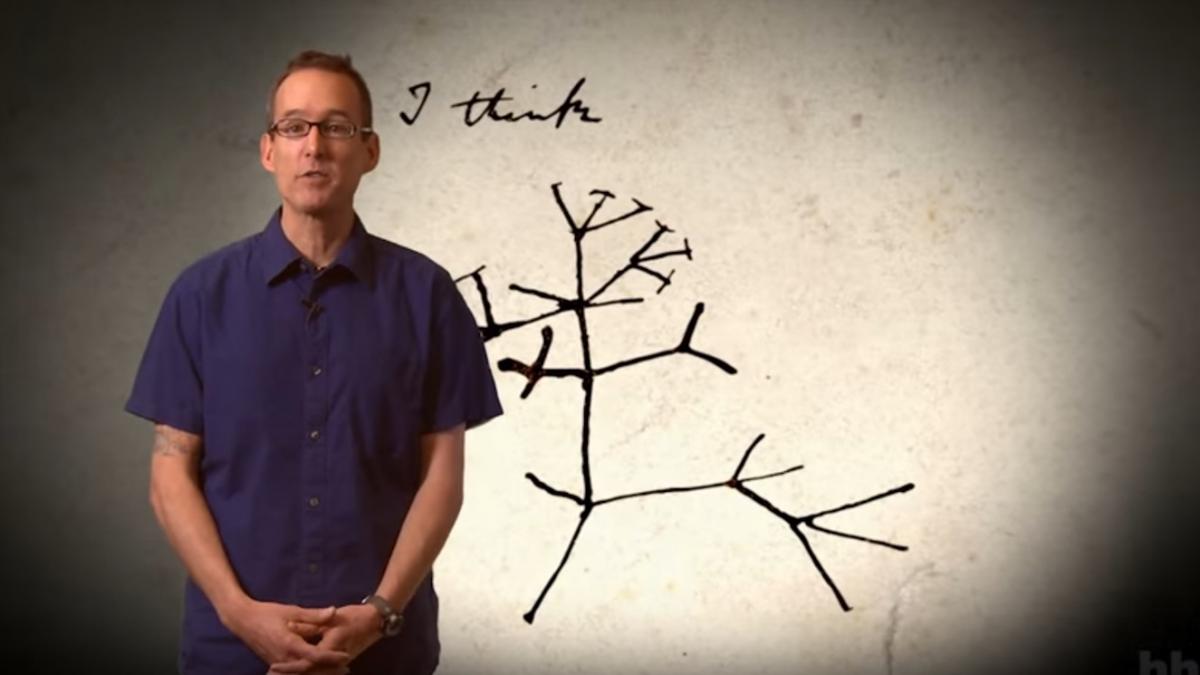 Making of a Theory Film

Paul Strode explains how he incorporates "The Making of a Theory" short film into his second-year high school biology course. He uses the accompanying teacher guide and quiz to assess student knowledge of evolution before and after viewing the film.
Previous Slide Next Slide
1
Close Modal